Important disclaimer: listing him as 'Start Of The Week' doesn’t mean I’d play him over every other RB. It simply means I think he has the best chance of beating his current projection. If you want to know which RBs I'd play over him, check the 'Rankings' page. ANYWAYS…
I was surprised to see ESPN has Williams projected for just 9.3 in his revenge-game return to Green Bay. Last week, Williams was out-snapped and out-touched by D’Andre Swift and still ended up with 110 total yards and 25 (PPR) points. He caught eight passes on nine targets in Detroit's season opener and looked, dare I say, like an integral part of their pass attack. For the past two seasons, Williams has averaged 13.5 PPG in games where he receives 10 or more touches. Something tells me he receives 10 or more touches this week.
Others to consider: Kareem Hunt (CLE) - HOU, Melvin Gordon (DEN) - @JAX, Ty'Son Williams (BAL) - KC
No RB has rushed for 60 yards against the Buccaneers (in the regular or post-season) since the beginning of 2020. As of week one, that list now includes Ezekiel Elliot, Christian McCaffery, Aaron Jones, Dalvin Cook, Austin Ekeler, David Montgomery, Josh Jacobs, and Alvin Kamara to name a few. McCaffery was the only one of the aforementioned backs to even crack 50 rushing yards against them. In one game against the Bucs last season, Davis finished with 44 total yards, and just 8.4 PPR points. I'm not the biggest fan of his ESPN projection of 12.9 points this week.
Others to consider: James Robinson (JAX) - DEN, Kenyan Drake (LV) - @PIT, Devin Singletary (BUF) - @MIA 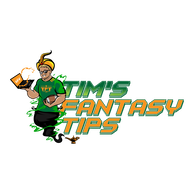